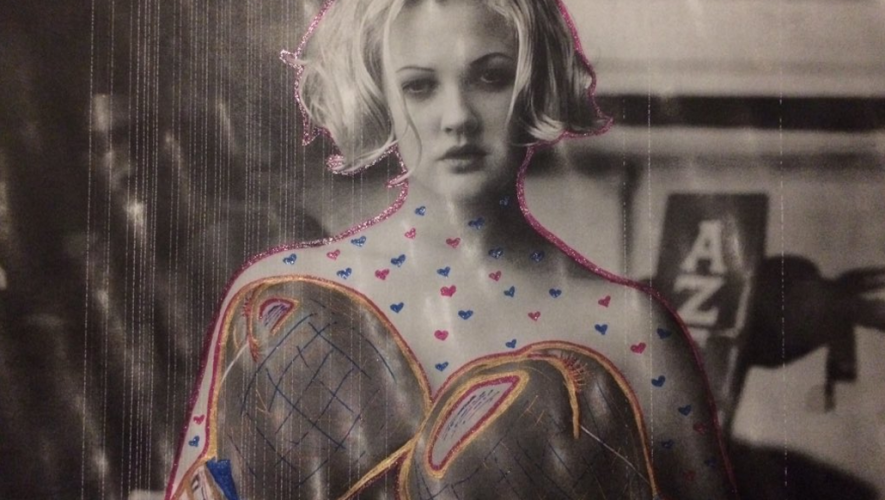 On Christmas Eve, I somehow ended up at a former classmate’s 21st birthday party. His house was within walking distance of mine, and I wasn’t really surprised when I went off to college and my dad befriended his dad during one of his daily walks. Our families had always known each other, but now we were being invited to their family parties. I was in it for the food, and also a dash of curiosity to see an old friend. In the midst of football jocks I attended high school with, a mom let me know how much she thought I looked like Drew Barrymore. Now, when we see Barrymore, she is graceful, put together, and confident. So, I was honored someone would compare me to her, but couldn’t stop myself from replying, “Just as long as I’m Drew after her drug issues!”

It would’ve been really easy to shrug this off, but all of this talk about Drew got me thinking. I didn’t notice much change in my own appearance, but why was it that I was only being compared to Drew until recently? More stewing over the matter got me thinking that internal change could possibly translate into physical appearance.

When you go on Drew Barrymore’s Wikipedia page, there’s a section titled “Rebellious Era.” It goes on to detail her drug habits that stemmed as early as nine years old. Pop culture loves to portray these types of children/adolescents as nearly doomed—once they fall down a rabbit hole like that, there’s no climbing out. I beg to differ. There’s always room for change, and Drew Barrymore is a tried and true example of this.

The media likes to shine a light on typical rites of passages– sweet 16s, bar/bat mitzvahs… I’d like to usher in a wave of rebellious eras. I had one of my own, and looking back, I wouldn’t have learned nearly as much as I know now if it weren’t for that sliver of time. No, I didn’t experiment with any hard drugs. Instead, I surrounded my body with a shield of cynicism. Nothing was positive, everything was the end, the usual existentialist comments a high school senior fills their everyday conversations with. For a few months, all I saw was the dark side, pushing away my endearing mother’s positivity. In these moments, I chose to rebel against our society’s “push through it, someone else has it worse!” mantra. Now, I try my hardest to not slip into that mentality. The “Rebellious Era” of my Wikipedia page came to a close, and now I really do see the brighter side in life (with a little help from mom).

I guess in a way, I changed enough internally to appear different on the outside. Being a mere two weeks away from my third to last semester of college, my perception of the world has changed quite a bit. I’ve gotten past my “Rebellious Era” (thanks, high school) and am much more focused on gaining sleep than gaining popularity. College is sort of a catalyst to shedding one of the many layers of metaphorical skin we have. The world suddenly feels like it did a 360 on you, and you feel all discombobulated, but it induces the right kinds of change.

Amidst all the chaos and clutter of college, I began to focus less on myself, and more of the world around me. I see this phenomenon amongst my peers—once you take the focus off of yourself, you simultaneously change without realizing it. So, I guess it makes sense that we don’t even notice the ever-changing qualities in ourselves.

When Drew Barrymore dealt with her demons, she was able to turn into the inspiring, put together human she is now. To say the least, she was quite the comeback kid. And there’s no doubt in my mind that she wouldn’t be the person she is now without her days of rebellion.

Virginia Croft is studying music industry by day and cole slaw by night, and watching The X-Files somewhere in between. Follow her on Twitter here.

Sammy Polinsky is a student at Dickinson College. She is an avid user of gel pens.