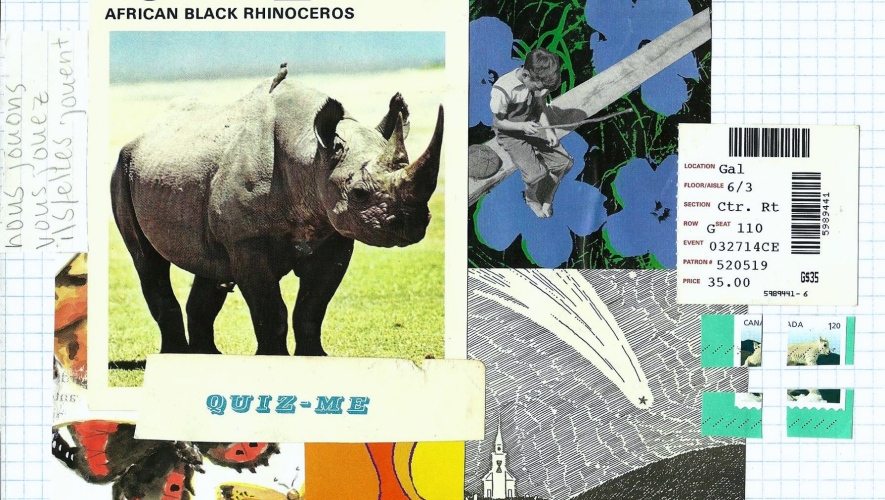 As summer wanes into a hazy memory of campfire smoke and neon puddles of sugary liquid, I asked some of our regular contributors to share how they spent the last three months.

Personally, it’s tempting to look back on how I spent them with regret. This was supposed to be, to paraphrase what someone once told me, the summer I took off to get it right. I was going to catch up on reading, organize my bedroom at my parents’ house, and save up for rent for the coming school year in Minneapolis. I wasn’t as successful at fulfilling those goals as I planned, but I had more experiences that will stay with me forever than I would’ve if I had, say, secured a second job for the summer. I flew to New York to go to Clubhouse, I went to Chicago with my boyfriend for the Fourth of July to stay with one of my best friends, I flew to Massachusetts for my sister’s wedding, and I visited Minneapolis as many times as possible in between. I was very lucky with how often I escaped my little hometown.

The other night, I laid on my driveway with my mom, watching a meteor shower among stars more bright and numerous than the ones that grace city skies. Looking out, I felt a sort of in-betweenness more evolved than the one I felt last summer, between high school and college. I feel sure of myself and I want to be back in Minneapolis, but leaving my hometown is more bittersweet this time, maybe because I wish I could master living here before I move out for good. Despite that, I feel like this summer was more important than any of my past ones and I’m hoping that’s a good sign for what’s ahead. -Kathryn 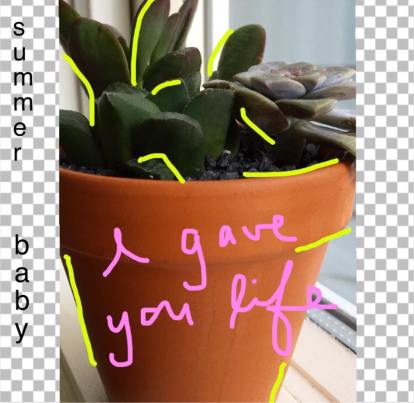 This May marked the end of my time as a resident of the California desert. I’ve since traded the hot, dry heat for the Midwest’s humidity and this small succulent I’ve adopted serves as a reminder of my love for the Inland Empire, which I will refuse to let die. My small summer succulent and I, we give each other sunshine. 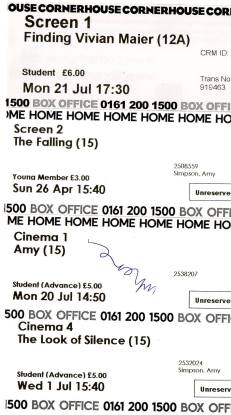 In 2012, my parents took me to see Moonrise Kingdom at the local independent cinema. Since that day, I have been in love with the place. When I was slightly older, I started occasionally going with friends or family to see something or another that was on and a couple of years ago it became a regular hang out spot for me and my pals. This spring, it moved into a bigger and better space just down the road and we still frequent it. We love it because it shows a ton of cool films we can see nowhere else and it’s cheap as chips, and you can bring your own snacks, which is great, of course. 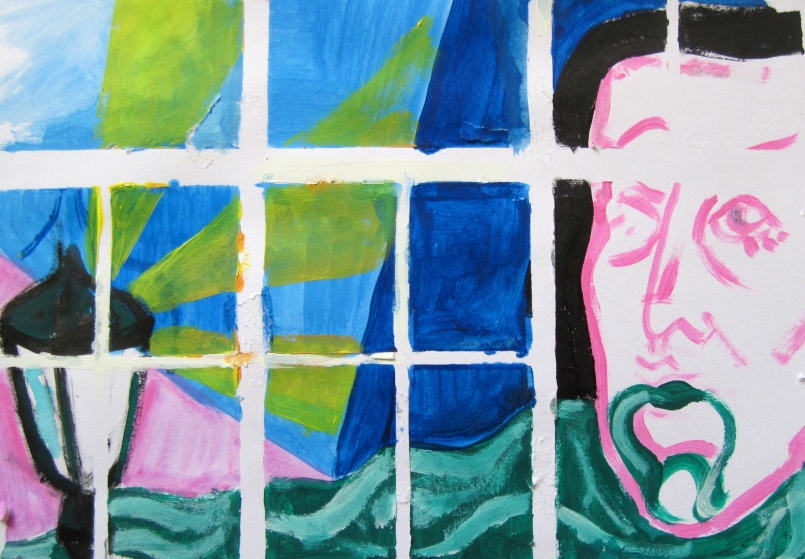 Since British summertime allows us literally one day of sunshine, I spend a fair amount of the holidays in my stereotypical teen bedroom. I like to work on ideas for art projects I had no time for in the school year, or sometimes just listen to the entire Miley Cyrus discography while it rains. Obviously, summer is for friends and parties too, but mostly I just like to sleep a lot. 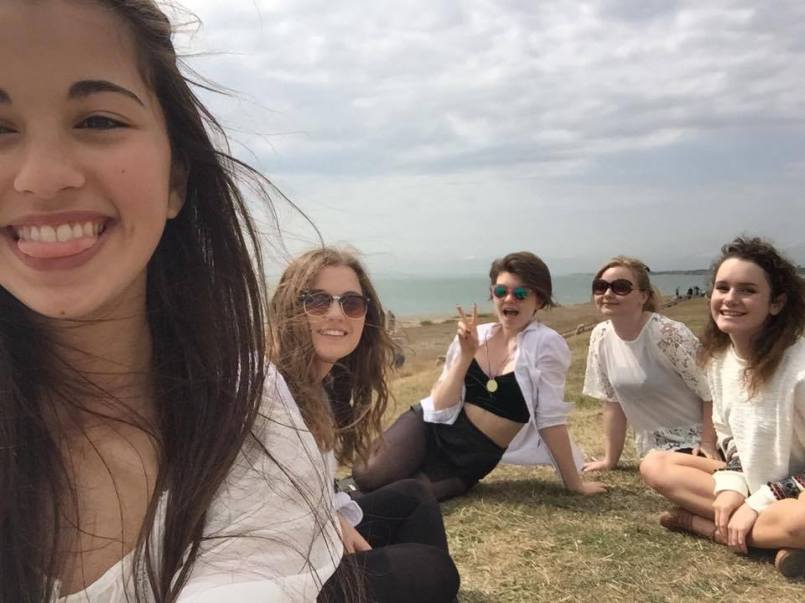 Every summer, for me, starts with a mass trip to the beach with all my friends after the final day of school, or in the case of this year the day after our last exam. It’s like a start-as-you-mean-to-go-on approach to summer: at least one of us utters “I hope all of summer is like this” as we’re filled with the initial freedom. Usually I’m disappointed, and this turns out to be one of the only times we all get together in the whole six weeks. This year, extended summer stretching out before me and newly started journal in hand, I was determined to change this.

After a shaky start (three outings in as many weeks- as well as prom, but school arranged events don’t really count), we managed to start getting together more often, whether to bake, have impromptu picnics, or parties. A #summerhighlight of mine was a day where 7 of the full 17 gals in my group decided “what the hell! let’s go see magic mike xxl!” which turned out to be surprisingly fun. I also got lost on the bus on the way home with Megz and it ended up feeling like the perfect teen movie moment, which had (obviously) happened completely naturally, and that’s all I really want to achieve out of my summers. Now, with our overlapping family holidays looming in the distance, so a restraint on future plans, I can finally say I was more than satisfied with what I’ve done this summer. My friends and I went hiking at Little Talbot Island State Park in Florida. The park is a raging spider party. Some were doing keg stands and holding wet T-shirt contests, to which we were like WTF. JK everyone knows spiders are straightedge but it was still wild (literally, ha-ha). We started singing Beyonce and Jesse McCartney songs to distract us from the critters and eventually made it out! 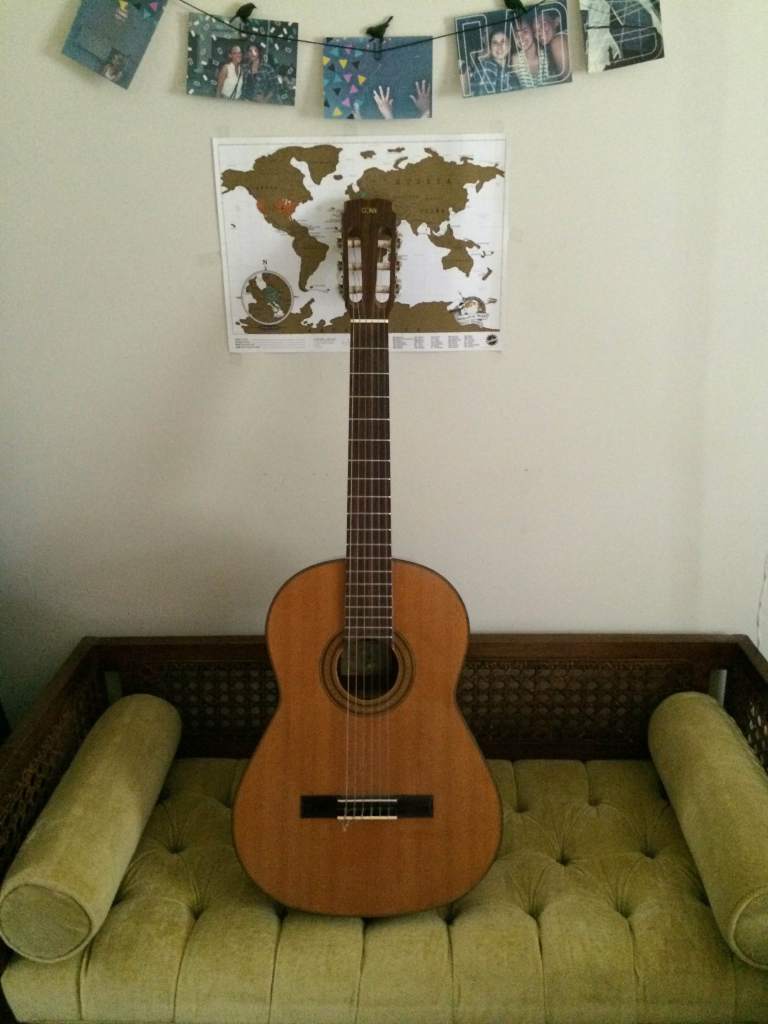 The summer is this magical span of time that everyone says they’ll use for “that TV show, that book, that hobby,” etc. For me, if I’m ever feeling bored, I turn to my guitar. When I’m at school, I rarely feel comfortable enough to actually play and sing. There’s usually people around, and I get pretty self-conscious about it. But, in the summer, I’m lucky enough to have an empty house at my disposal, and can play all my little heart desires. 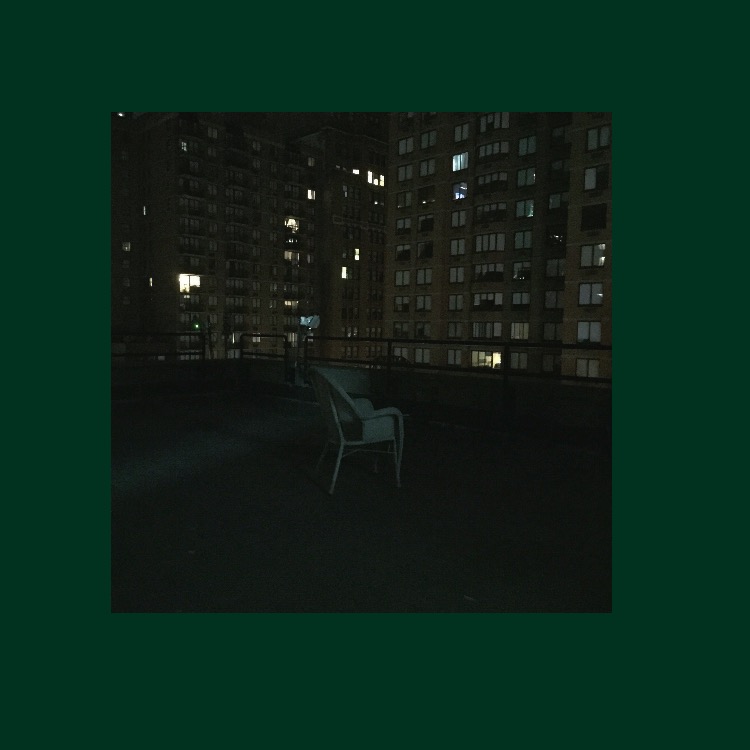 In teenaged summers, I’d play “bruise or bedsore.” I’d catch up on my shows with drawn shades, in a sea of grilled cheese crumbs and unread emails. At midnight, I’d meet up with “high school” friends at a local diner where we’d talk about “high school” and run into people from “high school.” I used to steal cigarettes from my dad and smoke on my balcony. I listened to Leonard Cohen in a parked car with Boyfriend because it was something to do.
This summer I’m in New York City. I’m an adult person who has a job and a studio apartment and washes their hair semi-regularly. I vape on a wicker chair on my rooftop and check my email and make omelettes. I listen to Leonard Cohen and wonder if ex-Boyfriend’s girlfriend knows who he is. Everything is different, everything is exactly the same.

During the summer I try to focus on myself. I realize that may sound bad, but I think that sometimes it’s okay to be unapologetically self-interested. Being the INFP that I am, I really wouldn’t mind spending all my summer days alone being self-reflective and watching Corey Feldman movies. Despite that, I guess I’ve realized sometimes it’s best to keep busy. I don’t think you even need to be doing something important, or “productive”. The most important thing is that you do stuff that you enjoy. My personal favourite pastimes during the summer include; cooking, drawing, going out for gelato multiple times a week, sitting outside (just sitting there), watching movies, obsessively documenting which movies i watched, volunteering, trying to get better at embroidery, doing lawn work, babysitting, and constantly finding new and creative ways to sell off all of my personal belongings. All of this stuff may seem very simple, but it makes me happy. In the summertime my outlook is that self-care is important and small victories are worth celebrating.

When you go off to university, life tends to give you a huge smack in the face and the real world quickly approaches. This means summer for me now isn’t “let’s go on lots of adventures/holidays/festivals and take cute aesthetic photos whilst doing it” and more so “let’s work our ass off the entire summer”. I’m sure many of you are in the same predicament, working shitty retail or waiting jobs to scrape together cash to get by for the next academic year. It isn’t fun and it runs you down, but last year a friend told me to think of Clerks.

For those not aware, Clerks is a 1994 film by Kevin Smith, followed on by the 2006 logically titled, Clerks II. It is simply a film about the mundane yet hilarious goings on in a convenience store called Quick Stop and revolves around the lives of the people that work there and how annoying their customers are. Both films are cult classics and every sentence is a great one-liner. Main characters Dante and Randall’s distaste for the people that frequent their shop is not unlike mine for our restaurant’s customers.

During the whole of July, I serve nothing but goers of a Christian convention in the town I work in. They all come in at once, leave at once, drink nothing but tap water, share meals, don’t tip and ask if I’ve been ‘saved’ every day. Relating to Randall and Dante, I now try to imagine that every negative aspect of my job is comedy material, and will set me up to be a better, more rounded person in the future. Every hilarious encounter I have is noted down and spun into some off-beat skit for the mockumentary sitcom I will one day star in about my life. This relation to film & TV in my place of work has also gone so far as one of my co-workers, shooting me The Office-style blank expressions as every ridiculous request we get from a customer or our boss, as if I am the camera filming her. The entire idea of my job has become very make-believe by this point, sometimes I pretend I’m in a sitcom, with a laughing track playing in the background, other times I pretend I’m psyching myself up for my X-Factor audition to get a good sob story, some days I pretend I’m a character in a restaurant game you buy off iTunes and other times I hope a famous director will walk in and cast me in their next feature as ‘moody straight faced girl’ or alternatively Kristen Stewart’s younger sister. For any of you waitresses, customer service people or cashiers out there, know that I stand in firm solidarity with you, and just because we can’t have an Instagram worthy summer, doesn’t mean you can’t think of Clerks and put a funny spin on a crappy situation, oh, and also, MONEY. 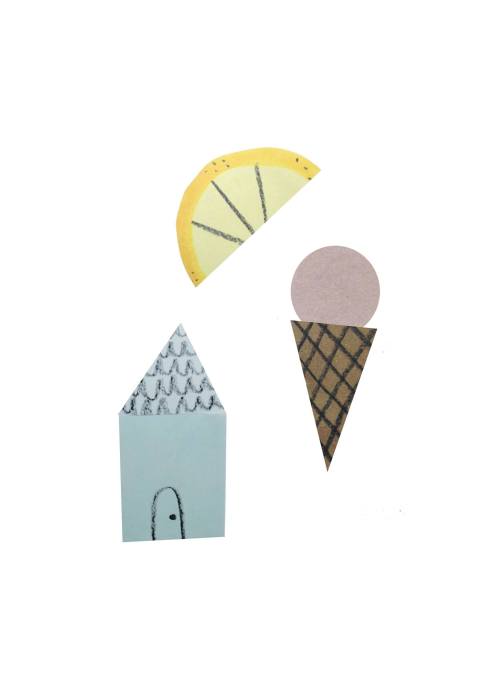 For me, summer is a time to explore new places, try new things, and revisit old favourites. In the summer, I make a conscious effort to shelter myself from the things that make me feel sad. This summer has been very peaceful. So far, I have made/drank a lot of lemonade, explored abandoned houses, gone to a few art shows, and cut my own hair! 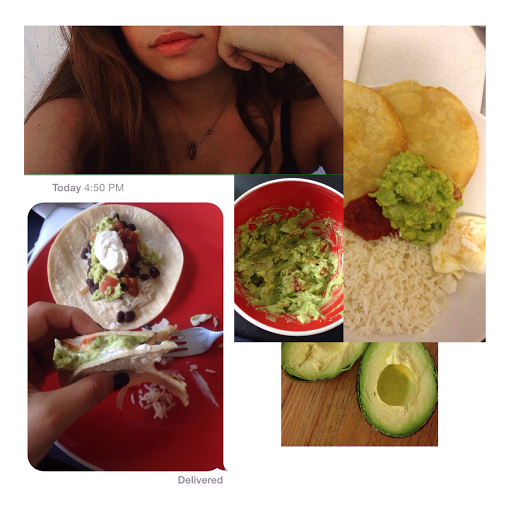 guacamole party for one
ingredients:
1 whole avocado
1 dollop of sour cream
1 handful of chopped onion and tomato
a few drops of lime juice
a sprinkle of salt
1 bowl
1 fork
directions:
1. mash everything together in the bowl with the fork
2. text your mom a pic
3. repeat ritual as often as possible