So, you say you want a revolution?? Well, y’know, we all want to change the interweb. Last fall, I experienced the phenomenon of accidental internet trending. It is my pleasure to share my incredibly #softgrunge experience with all of you.

Backstory: At the end of last summer, I was wasting a day, scrolling through my tumblr dash, when I stumbled across a photo of three girls in their Urban Outfitters best, hands poised in peace signs near their eyes. The term “soft grunge” was emblazoned along the bottom of the photo in sparkly pink bubble letters. I audibly laughed in my bedroom, thinking that the girls’ serious smizes in conjunction with the kitschy font was absurd. Later that day, I was hanging out with a group of friends who were discussing Kurt Cobain and Courtney Love (so lyke, real grunge). I jokingly slurred “soooooft gruuuuunge” while chucking up the deuces beside my eye. My friends made fun of me incessantly and from that point forward, it became our inside joke. Throughout the next two weeks, we collected enough photos (primarily of the snapchat screenshot variety) in which we were “soft grunging,” that we figured it would be funny to compile them in a Facebook album. Here’s where all hell broke loose…

In reflecting upon my experience, I’ve compiled a list of nine easy steps to follow if you’re interested in creating something frustratingly perseverant out of nothing but technology and peer-influence. Enjoy.

1. Bastardize a preexisting trend or movement
Soft grunge—a noun or adjective, which, according to urban dictionary contributor “penguinzarerad,” is “a term generally used to describe modern-day teenagers, typically girls between the ages of 14-18, who like to create a ‘hardcore’ persona on Tumblr by reblogging pictures of inverted crosses, dip-dyed hair, ying-yang symbols and toilets. They like to pretend that they listen to grunge music by wearing stylish Nirvana tees that match their $200 pair of Doc Martens. If you were ask them who the Misfits were, they’d probably say anyone who isn’t sporting spikes this season.”

Okay, so “soft grunge” as a style movement is pretty straightforward, yeah? Well, whatever the hell my friends and I had started doing was not very soft nor very grunge. The “soft grunge” we knew and loved had absolutely nothing to do with fashion or internet culture—it was just us goofing around. We had stripped a preexisting trend of all meaning and then claimed it as our own; who said I never learned anything in history class?

2. Make it appear exclusive at first
(FEIGNED) EXCLUSIVITY IS KEY—we all want what we can’t have. The strength of soft grunge (which from this point forward is solely a pose) depended entirely on its initially cliquish nature. Out of nowhere, there was this Facebook album full of people posing in a specific manner… a specific manner in which YOU were NOT posing. Intriguing. Soft grunge became a small, not-so-underground club of *~cool~* people whom you could not copy unless you were among their ranks. If you, an outsider, attempted to soft grunge without admittance into the clique, you were a joke. How could you gain insider privileges? Ask? I guess… 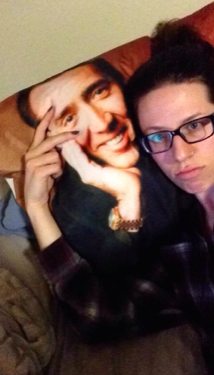 3.Be very vague in explaining it
Very early on, people began barraging me with questions about the who, what, and why of soft grunge. I responded simply by telling them that it was “a lifestyle” and left it at that. The absence of details served only to further the desire to be included in the album. A few of them sent me pictures, saying things along the lines of “wish I could b as #soft as u.”

4. Take it WAY too seriously
I think this one goes without explanation. When you act like something really matters, other people begin to think that it matters, as well. Power of suggestion, or whatever.

5. Post constantly/ excessively
THIS IS WHAT CELL PHONES ARE MADE FOR, PPL!! The select few who initially sent me pictures had them posted within the hour. You snapchat me, I screenshot it, it goes on Facebook ASAP. Simple. The more often I post, the more frequently the album shows up on your timeline. The more that it shows up on your timeline, the more you’re forced to experience all that is #soft. The more that you experience soft grunge, the more that 1) you want to participate (mere-exposure effect for any of you psych nerds) and 2) you feel comfortable in submitting your own photos.

Posting daily, even multiple times a day, is vital for a revolution to maintain its relevancy. You’re able to hit a much wider audience when posts occur regularly and at varying times. Think of it as “spreading the good news.”

6. Be all-inclusive
This is the essential addendum to step 2. It’s great to pretend that people must work hard and be especially cool or interesting to participate, but really, there’s power in numbers. I accept and post pretty much anything (aside from underage drinking, etc.). What fun is a revolution without a following? Further, what fun is a following if it’s not cult-like?

7. Make it mildly competitive
Okay, so this soft grunge bullshit keeps showing up on your timeline. Aren’t you sick of it yet? OF COURSE YOU ARE. How many pictures of people with peace signs by their eyes can one really look at?? This is where competition/ creativity comes into play. Sure, generic selfies are great and all, but can you take your selfie game to the next level? I know yeezy taught you—don’t let him down.

You soft grunged with your parents? with Santa Claus? with a photograph of Angela Davis?? Adding a competitive element to any revolution breathes new life into something that probably should have fizzled out months ago. Additionally, competition increases the number of submitted photos and contributors (see step 5).

8. “Advertise” at parties
When the night takes a turn for the best and the squealing millennials begin whipping out their iPhones (front cam on, obv), prepare for a wealth of new content. People love to be a part of anything (and love having their picture taken).

Oh, you want me soft grunge with some stranger in Waldo costume?? Absolutely! Oh! Here are some more people to join in the fun! Tag us on Facebook!

9. Let it draw on for much too long
TRENDS ONLY DIE WHEN WE LET THEM.

May all of your revolutions be #soft. [Special thanks to all whose photos were included.]